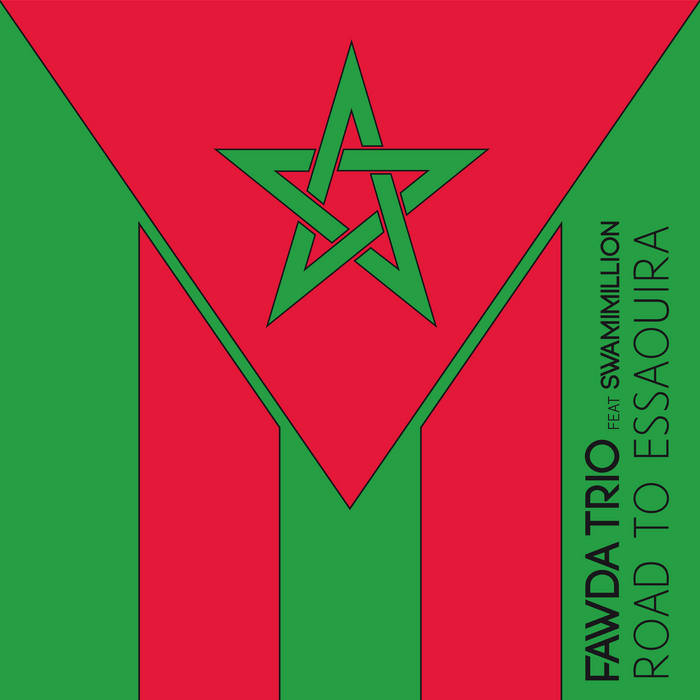 UNLIMITED FREAKOUT IS LOVE. Morocco via London via Bologna - Fawda trio and SwamiMillion collaborate to forge a sound both ancient and modern.

Awoo Yo Deep hypnotic sounds Favorite track: I Got The Blues.

Audio Texture Here LV turn their attentions to the north of Africa after their recent sub Saharan collaborations and subtly and very ably assist the raw traditional Gnawa and Moroccan music's transition into a thoroughly modern new fusion. The modern production twists caress rather than intrude into the indigenous sounds and the whole album is an absolute winner - radio support coming up. Favorite track: Money Beat.

RAH One of the most underrated releases of 2016, a hypnotic ensemble of deep, obscure and native jazz. A fresh respite by LV.

Glenn Wever Gnawa music is arguably the most powerful kind. It's not only music, it's also a way of surviving the 50 C sahara heat, among other things. This fusion of western production and north-african rhythm, soul and tradition is enchantingly beautiful.

Andrew Jervis An Italian gnawa trio team up with a cutting edge UK-based electronic duo and some Moroccan masters on this album - an instant "in my top ten of the year" kinda' release. Interview in the Bandcamp Weekly right here: bandcamp.com?show=196 Favorite track: I Got The Blues.

Road To Essaouira is the debut album from Bologna-based Fawda Trio featuring production by London duo SwamiMillion aka LV. The album is the result of three-year journey from Bologna to Essaouira, Morocco, via London and captures the spirit of Gnawa music through the lens of African-American traditions.

Recorded over a ten-day period in Essaouira in 2014, Road To Essaouira fuses Gnawa with jazz, hip-hop, electronic, and modern classical ideas for a unique take on this traditional Moroccan music, rich in history and potential. Composed using keyboards, percussion, gembri, voices and samplers the album features original tracks by Fawda Trio, two reinterpretations by SwamiMillion, and covers of traditional Gnawa and Moroccan works. In addition the album features both local Essaouira and Bologna musicians, including the acclaimed Gnawa master Maalem Soudani.

Road To Essaouira was produced and mixed by SwamiMillion (aka LV) and mastered by Ian Carter (Various Production, Stick In The Wheel, Cosmic Bridge).

It's a journey unlike any into the wonderful world of Gnawa music and its timeless potentials.

SwamiMillion are Simon Williams and Will Horrocks (production).

I Got The Blues and Road To Essaouira written by Fawda Trio. Money Beat and No History written by SwamiMillion. Reflections On An African Piano written by F. Puglisi. Essaouira Ganga Intro, Aisha, Youmala, and La Fou are reinterpretations of traditional Gnawa songs.

Produced and mixed by SwamiMillion in Essaouira and London. Recorded by Stefano 'Stex' Carboni, Simon Williams, and Will Horrocks inside the Dar Souiri Centre Culturel. Additional recordings by Giuseppe La Bue in Bologna. Videography by Massimilliano Bartolini. Mastered by Ian Carter in London. Published by Original Cultures.